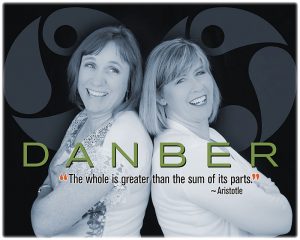 In 2008, Amber Raskin was looking for something different. Nine years earlier, she had left a job as a Hollywood television producer to raise her children in the Santa Clarita Valley, lured to the suburb north of Los Angeles by its reputation for high-performing schools. But after a few years, she realized her children were craving a more authentic, unique experience. She began homeschooling them, and they quickly flourished in a more organic environment. But she still wanted more. And thus began SCVi’s founding story.

Amber observed that the traditional school system was not preparing children for the 21st-century workplace, and she wanted her children to have unique opportunities to flourish academically, socially, and emotionally. Amber had traveled the world, often with kids in tow, and was working hard to bring an international perspective to her family. She decided to create a charter school that would value the whole child and prepare learners to be critical thinkers, problem-solvers, and well-adapted global citizens who ultimately grow into self-sufficient entrepreneurs and leaders.

But she needed a partner. She posted a job solicitation seeking a “Founding Charter School Principal” for what would eventually become Santa Clarita Valley International School (SCVi), iLEAD’s founding campus. And that’s how, through a combination of luck and serendipity, she met Dawn Evenson. Evenson, a devoted mom of three with decades of teaching and administrative experience, was on her own journey to create a learner-centered, personalized educational environment. Dawn’s heart for families, combined with her experience in curriculum, instruction, and school leadership, quickly proved invaluable. The two forged a fast friendship and immediately set to work creating an innovative educational partnership devoted to nurturing all aspects of development from early childhood through adulthood.

Affectionately known as “Danber,” Dawn and Amber are passionate about creating educational options for families that are innovative, engaging, and supportive. They opened SCVi in 2008 and have since successfully launched several other school sites in a network that would become known as iLEAD Schools. Dawn and Amber’s compassionate, open leadership style allows families and educators the flexibility to collaborate to create viable solutions in all kinds of educational settings, ranging from independent study to classroom-based programs and everything in between.

“Creativity is as important in education as literacy, and we should treat it with the same status.” – Sir Ken Robinson 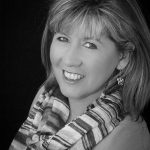 Amber Golden Raskin is a veteran charter school founder and operator with more than a decade of experience in school governance and business management. Before founding SCVi and iLEAD, Amber worked as a producer in Hollywood, where she was responsible for creating hundreds of hours of network television. She oversaw multimillion-dollar budgets, hired and oversaw hundreds of staff, and led the development of new companies, including oversight of accounting and managerial tasks. Amber’s professional experience developing new programs and procedures informs her belief that the systems, budget, and processes in any organization should conform to the people who use them, not the other way around.

An entrepreneur and innovator at heart, Amber is a frequent speaker and lecturer both nationally and internationally on issues relating to educational reform. She regularly advocates both in Sacramento and Washington, D.C., for community, safety, and educational issues and thrives on challenges, particularly those that expand her mission to make a dent in the universe of education. 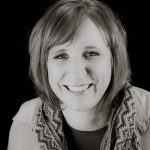 Dawn Evenson brought more than three decades of experience as a district and charter school teacher and administrator to her role as a founder of SCVi and iLEAD Schools. A native of Idaho and graduate of Whitworth University in Spokane, Washington, Dawn moved to California in 1985 and began her career in education in the Palmdale School District.

Dawn has spent more than 32 years as a teacher and administrator in both primary and secondary district and charter schools. She is active in the Association of California School Administrators and is the association’s Region XV president. In 2006, ACSA Region XV presented Dawn with the Middle School Director of the Year Award.

Dawn has been married to her husband, David, a retired educator and scientist, since 1989. Dawn is a proud cancer survivor, community activist, and the mother of three talented daughters, Emilie, Katelyn, and Kelsey.