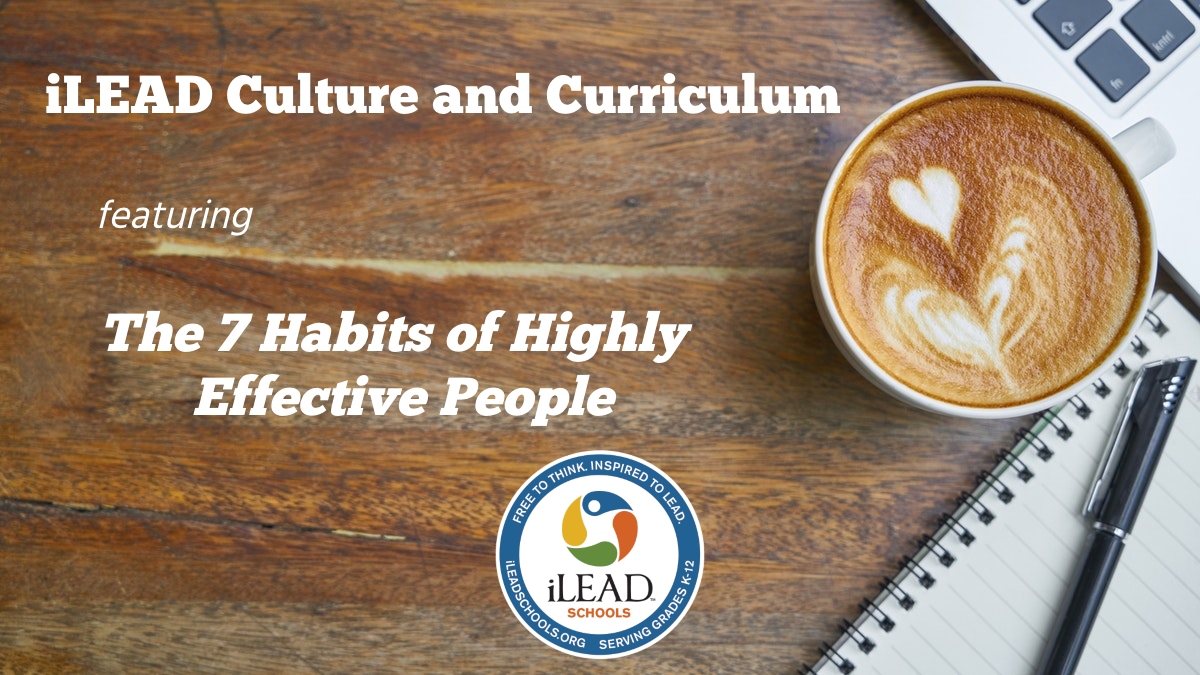 Stephen Covey’s book, “The 7 Habits of Highly Effective People,” is being discussed by SCVi Charter School in Santa Clarita during a special series on KHTS Radio.

On Friday, “Eye on the Valley” on KHTS featured Host Matt Watson and three guests from SCVi/iLEAD as they talked about the first habit mentioned by the book: being proactive.

“It sounds so simple, … but it’s not that simple to teach,” Watson said. “It seems that to some of us, it can come second-nature to be reactive and almost play the goalie role of letting all the stuff in life come flying at us, and you try to deal with it as they come rather than getting out in front of it.”

Facilitator Kevin Becker from SCVi/iLEAD’s high school in Santa Clarita explained his approach to teaching learners about being proactive.

“The biggest thing for us as a high school team is kind of just living it,” Becker said. “If they’ve been with iLEAD SCVi for awhile, they know the words, they understand the concept, but being able to see a group of adults doing their best and admitting when we don’t (is helpful).”

When it comes to TK-5th grade learners, facilitators not only aim to model the concept of being proactive, but use teachable moments and planned lessons as well, according to Director Nessa Roffredo.

One common teachable moment Roffredo referenced is when a learner might walk into class and drop their backpack on the floor rather than putting it away.

“You can ask them, ‘If you’re being proactive, what could you do with your backpack? Where does it go?’” Roffredo said. “They say, ‘Oh, it goes in my cubby,’ and they could put it in their cubby. You just start instilling … the proactive habit of putting your things away.”

Lastly, SCVi/iLEAD sophomore Isabelle Salters shared her experience with the benefits of being proactive in her own life.

Before learning about this habit through school, Salters remembered feeling panicked whenever she thought about her future and handling the challenges of college and a career.

“It’s always been a very big panic until a few years ago, when you learn … how to, when being proactive, get ahead of it, plan it out, think about the different ways that you can make your life easier and better and less complicated so that it doesn’t get to a point where you’re so caught up in everything and freaking out because you didn’t plan ahead,” Salters said. “Thinking about it now, it doesn’t make me stressed, it doesn’t make me chaotic… I have a plan.”

The series on “The 7 Habits of Highly Effective People” by SCVi/iLEAD Charter School in Santa Clarita is scheduled to continue March 6 during “Eye on the Valley” on KHTS Radio, with a new habit taking the spotlight the first Friday of every month at 10 a.m.