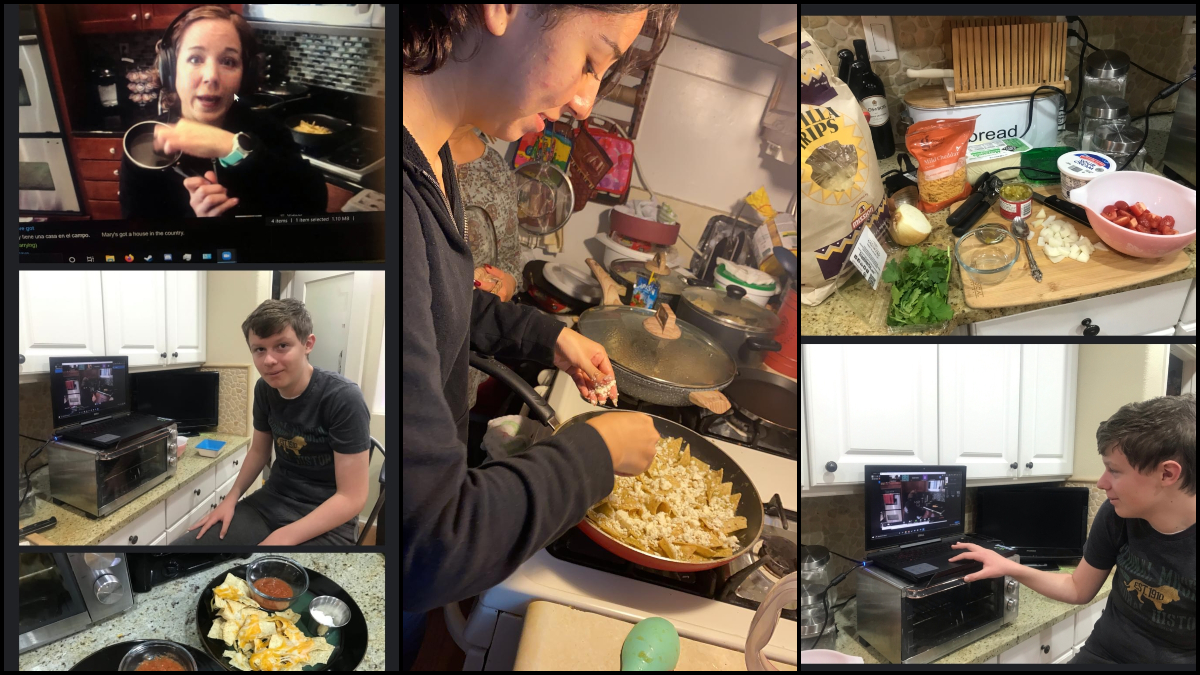 A SCVi/iLEAD facilitator is using her creativity for distance learning lesson plans, recently using a live cooking demo and accompanying video project to teach learners Spanish as school closures continue due to the coronavirus.

Erika Cedeno’s learners joined their classmates virtually from their homes while she performed a live cooking demonstration from her own kitchen, preparing a Mexican dish called Chilaquiles, according to an article by the California Charter Schools Association (CCSA).

Prior to the demonstration, parents were given the list of ingredients so learners could prepare the recipe themselves after the virtual meeting, with families invited to join in on the project too.

Cedeno’s assignment was for learners to film themselves cooking the Chilaquiles, explaining the various steps using Spanish vocabulary and grammar from their class, the CCSA article said.

Once the finished dish was presented to the video camera, learners then were asked to reflect back on the recipe steps and talk about how the project helped them continue their Spanish learning, according to the CCSA.

This type of at-home virtual project might be new territory for Cedeno because of the distance learning requirements currently in place due to the coronavirus, but SCVi Charter School in Santa Clarita is not at all unfamiliar with project-based learning as a whole.

The tuition free SCVi/iLEAD schools use a project-based learning model, along with social-emotional learning concepts, in an effort to inspire and motivate lifelong learners with the skills they need to lead in the 21st century.