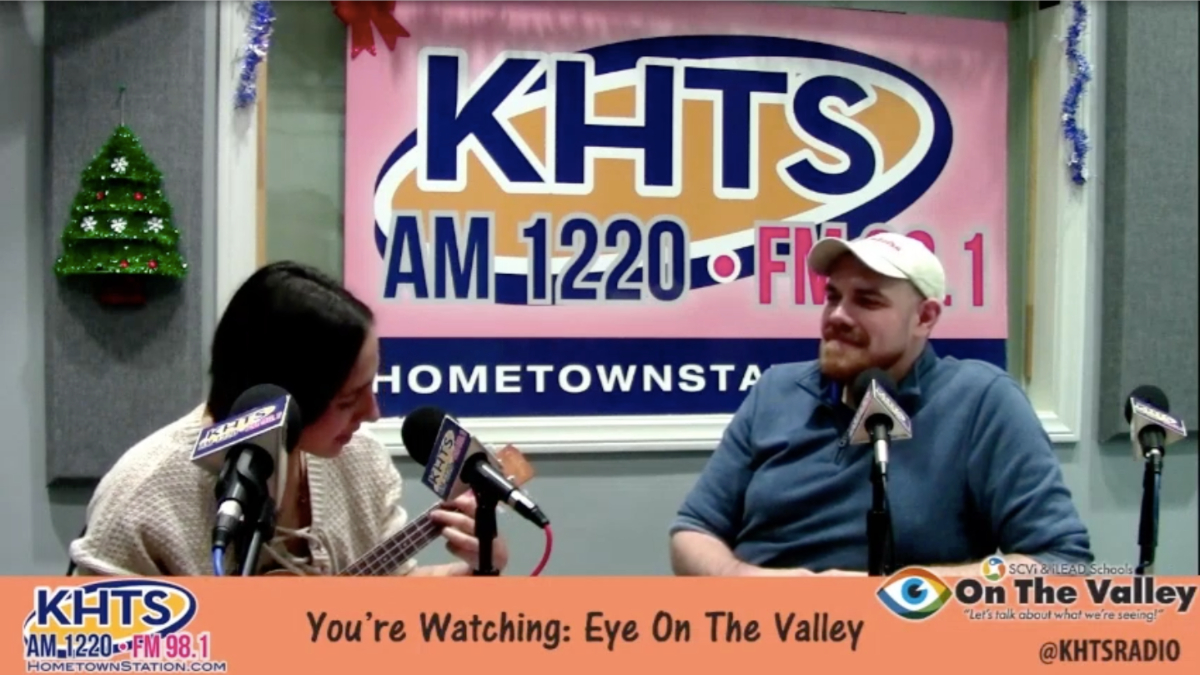 A learner from SCVi Charter School in Santa Clarita recently performed her original song from the school’s “Kindness Project” live on the KHTS Radio airwaves.

Naya Marley, a 16-year-old junior, demonstrated not only her singing voice but also her songwriting and ukulele skills during last week’s Eye on the Valley show on KHTS.

Called “How,” the song begins by telling the story of what seems to be a carefree girl with flowers in her hair, but she wishes she had a friend. Then a boy appears in the song, watching the girl and wishing she would notice him there.

Marley then draws a contrast between the sun shining and “candy” skies with the sea’s “numbing hum,” lies that have been told and haunting references to “hell” before the chorus returns with a slight variation.

Though “How” served as Marley’s “act of kindness” for the Kindness Project at SCVi Charter School in Santa Clarita, Marley shared that it has been in the works for the last four years.

One of Marley’s friends inspired the song’s female character while in Washington, DC, on a class trip, when Marley saw her put flowers in her hair.

“She was that kind of person that would just do everything carefree,” Marley remembered. “So the lyric, ‘Flowers in her hair / Watching the world without a care,’ just came from that.”

“I hope that everybody who has gotten a chance to hear [‘How’] is as moved as I was,” Becker said. “Because I think it’s something that we kind of need right now, is as much kindness as we can put out there.”

Click here to read the original story at KHTS!