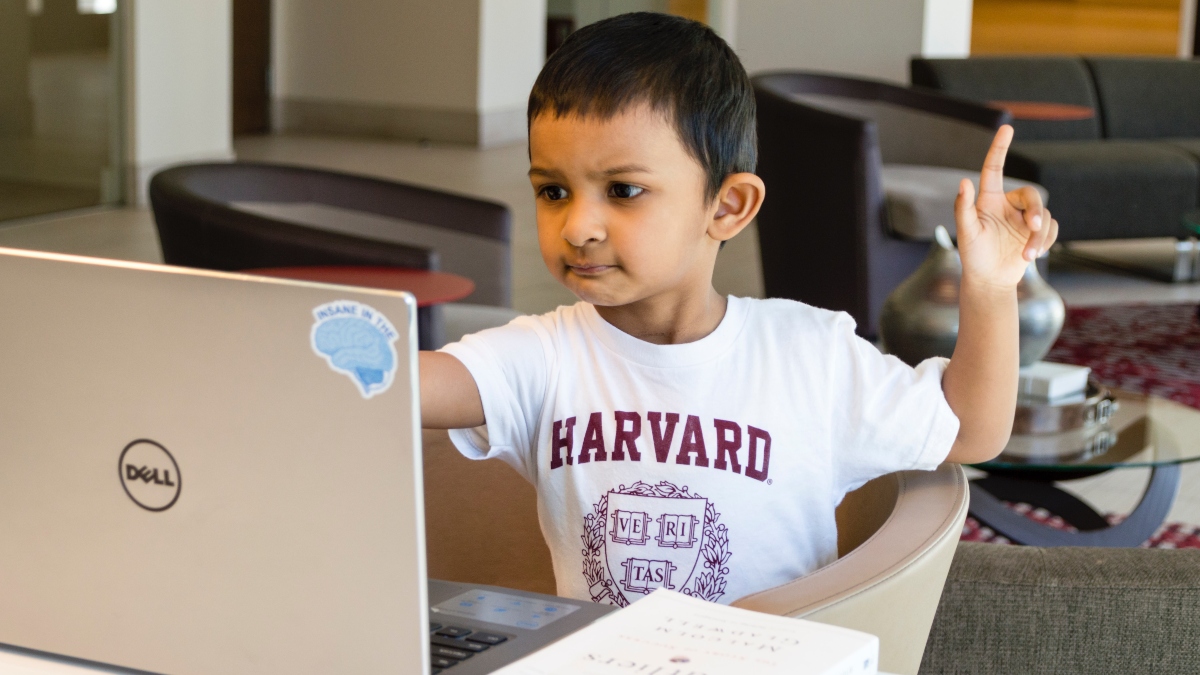 There are two things that are well documented when it comes to second-language acquisition. First, we learn languages better the younger we start. Second, we become proficient in a language only if we are immersed in it.

These two factors, along with the core mission of iLEAD, prompted iLEAD’s founding school, SCVi, to pilot a new K-2 Dual Immersion Program (English-Spanish) this school year. Under the direction of coordinators Farnaz Mobasheri Kaufman and Nessa Roffredo, the program launched all online due to the pandemic. According to leaders, facilitators, learners and families, it has been an immediate success.

Kaufman, who is the director of global education initiatives at iLEAD Schools, said that the interest level in the local community is very high. “We had over 80 families express immediate interest,” Kaufman said. “We had to add a second class and establish a lottery.”

The cohorts are team-instructed, according to Roffredo, SCVi’s lower school director. The K-1st grade cohort is facilitated in English by Megan Tapia and in Spanish by Maria Clotilde, while the 1st-2nd grade cohort is facilitated in English by Chrissie Flores and in Spanish by Laura Ortiz. Both of the Spanish facilitators are currently in Barcelona, Spain, but have eventual plans to relocate to the SCVi area, according to Roffredo.

“The pandemic has delayed their relocation,” said Roffredo. “Meanwhile, we have heard from many learners and families that they love that their Spanish teacher lives in Spain.”

“These facilitators, along with these learners and families, are fully invested,” Roffredo said. “Our Barcelona facilitators even showed up to Back to School Night.”

Kaufman said she already sees short-term and long-term benefits. She said the K-1 learners are already able to read passages in Spanish and the parents are well aware that their learners will have huge advantages being bilingual.

“We know immersion works. In Southern California, Spanish is the dominant second language,” said Kaufman. “And globally, most young people learn a second language or more.”

Facilitator Megan Tapia said the experience thus far has been nothing short of transformational for both her and the learners. She said that it’s been so inspiring to watch these learners demonstrate such curiosity, excitement and eagerness to learn in both languages.

“The most powerful thing is to really see what sponges they are at this age. It’s so fun to watch them learn,” Tapia said. “Trying to learn a second language for the first time in high school or college is so difficult. I know firsthand! Our K-2 Dual Immersion Program allows kids to not only have an easier time learning it, but it also gives them so many more opportunities in the future.”

Parents are equally enthused about their learners’ experiences thus far. Tanya Peterson, who has a kindergartner and a 2nd grader in the program, feels that having instruction in both languages has reinforced her kids’ learning in several ways. Peterson said her daughters have seen growth in other subject areas, such as math. In addition, they’re both speaking a great deal of Spanish already and are benefiting from the cultural learning as well.

“Starting bilingual language acquisition at this age will allow my daughters to learn Spanish and improve their overall learning experience now and in the future,” Peterson said. “Pathways are being established for them intellectually that are different than if they were focusing solely on English.”

The dual immersion experience also sets learners up for long-term success in project-based learning and college-and-career readiness, according to Kaufman. She said that dual immersion focuses on skills and communication first, which is how the world is now arranged.

“This experience makes them better collaborators and more globally aware at a younger age,” Kaufman said. “They are not afraid to take risks or make mistakes.”

Roffredo agreed. “These learners are embracing diversity while learning another language and culture,” she said. “Learning about others creates empathy. Our facilitators are modeling global and 21st-century skills.”

The team is excited that the program has been launched and is going so well. According to the coordinators, not one learner has left the program and new families inquire each day. Kaufman and Roffredo said when they return to site-based learning, they should be able to double the size of the program while also expanding the program for the initial pilot cohorts as they advance through the grades.