SCVi participated in the Get Lit program, and formed its first Slam Team in 2016.  Every 9-12th grade English class participates in this project.  Learners claim a classic poem from the Get Lit Annual Anthology, and write a response to the poem.  Both poems are memorized and recited.

In February, poets perform their poems at EXPRESSO YOURSELF Cafe, a night of spoken word poetry, to a panel of three judges.  From this night of powerful performances, SCVi’s Get Lit Slam Team is chosen.

The team practices three times a week after school to prepare for the Get Lit Slam in April.  The poets create both individual and group poetic responses to classic poems, and first compete in a quarter finals one of two days of preliminary competitions.  If the team makes the cut, they perform in the semi-finals on the same afternoon of the quarters.  Four teams are chosen from the two day competition to compete at the Orpheum Theater in Los Angeles.

In SCVi’s first competition, the team cheered on sister school, iLEAD NOHO as the won the Grand Slam. 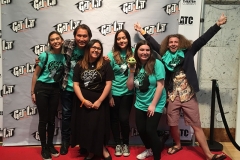 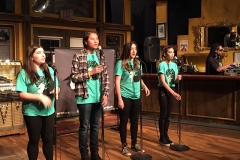 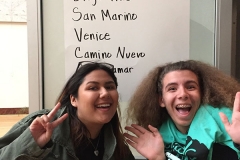