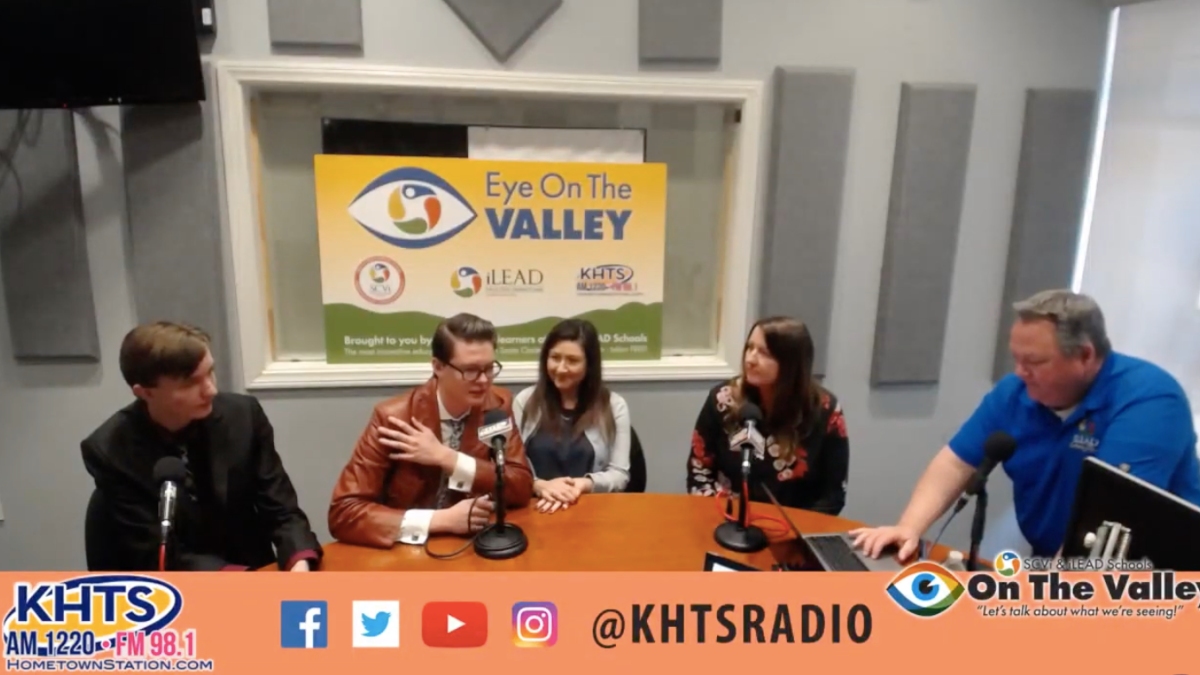 The aerospace and film projects of two SCVi learners were spotlighted by the charter school in Santa Clarita last week on “Eye on the Valley” on KHTS Radio.

Griffin Loch, 16, and Skylar Vekouteren, 15, joined Host Matt Watson alongside their mothers to discuss their latest film collaboration, as well as an aerospace project that Vekouteren helped create.

The learners’ film, “A Spark in Nothing” follows a guardian angel by the name of William during his quest for redemption after he neglected a human named James, according to Loch.

“James has a choice of finding true love or being this amazing violin soloist,” Loch said. “William doesn’t let him choose just one, but he splits his life into two realities. And so as the viewer, we follow both… The whole villain isn’t a person or a monster, it’s time, because both realities have exactly one year to connect, or both cease to exist forever.”

Tonde, Loch’s mother, shared that SCVi has given her son the opportunity to use his passion for filmmaking in his learning, and that he has been given the chance to design his own curriculum since the sixth grade.

Vekouteren is not only a producer and actor for “A Spark in Nothing,” but he also was given the chance to utilize his interest in science during an aerospace project for the “Dream Up” program.

A team of learners, including Vekouteren, designed their own experiment for real-life astronauts to conduct in space, while the learners themselves conducted a controlled experiment on earth, Watson explained.

Because tooth decay is common among astronauts during space travel, the project looked at how coffee can positively impact tooth plaque while in space.

“We (wanted) to see if coffee is a possible solution to some of the tooth decay problem that happens in space,” Vekouteren said. “What we found was, it was a little more helpful in space.”

The project team even travelled to Florida to watch the spacecraft carrying the astronauts who would soon be conducting their experiment launch.

Watson concluded, “It’s beautiful the kids’ school doesn’t squash the creativity, but at least gets out of the way and lets them develop into the amazing young men that they’ve already become and continue to grow into.”